The International A Class lightning Championships and Victorian Titles recently hosted by the Elwood Sailing Club attracted over fifty entrants. 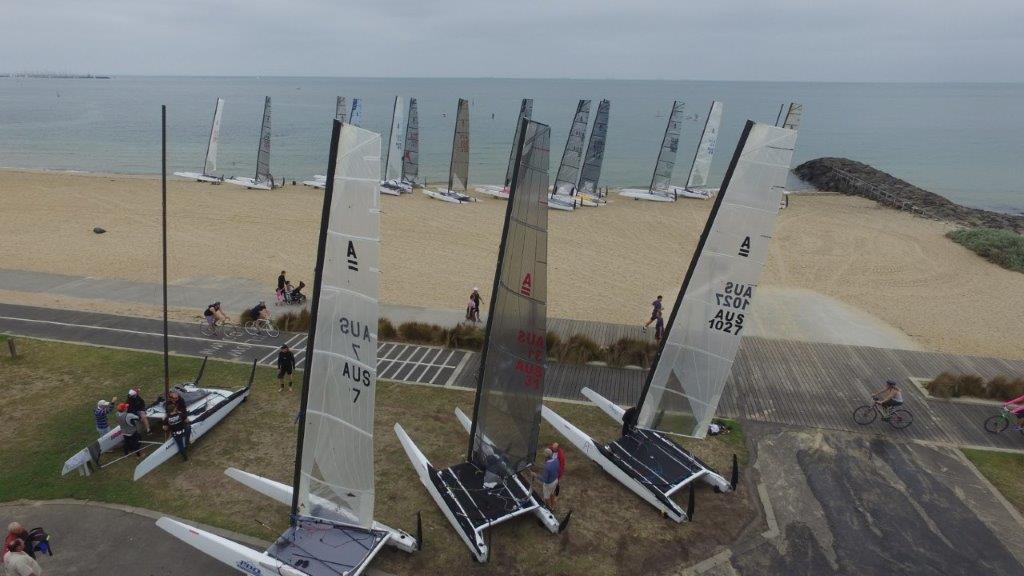 This included past World Champions,current Australian Champion and many State Champions which made for high quality fleet racing.The sailing conditions were at times challenging for the race organisers with generally light, shifting, winds however it was a pleasant change from the usually heavy wind and lumpy seas experienced at Elwood this time of the year. The foiling A’s were not able to have the expected total dominance because of the light winds but were sensational to watch when conditions suited. 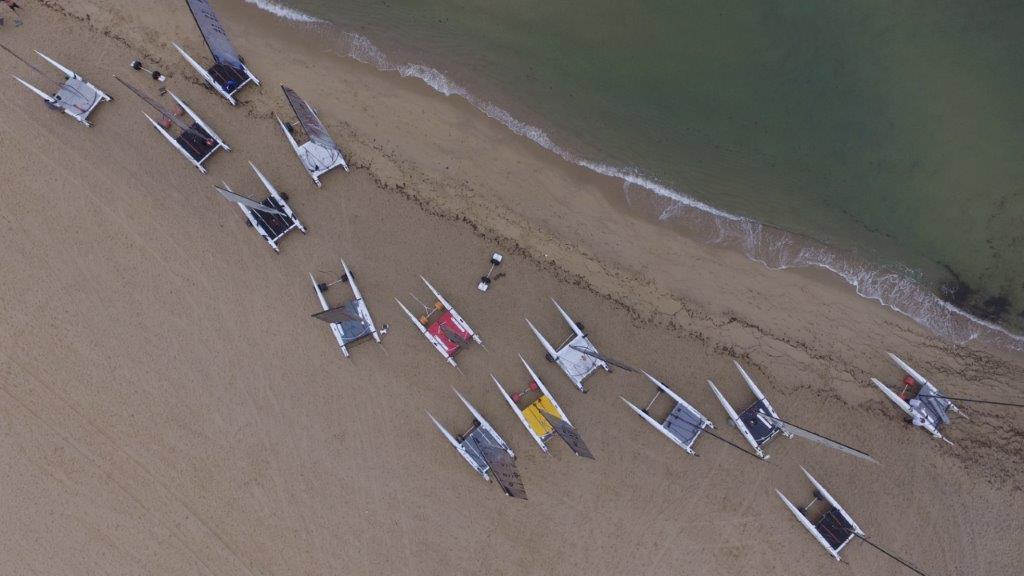 Once again Elwood provided top catering and hospitality and a big thank you to the Volunteers both on and off the water. Joseph Picone and Ross Lloyd once again organised the food, Sponsors, event rashies and tee shirts and prizes for top place winners. 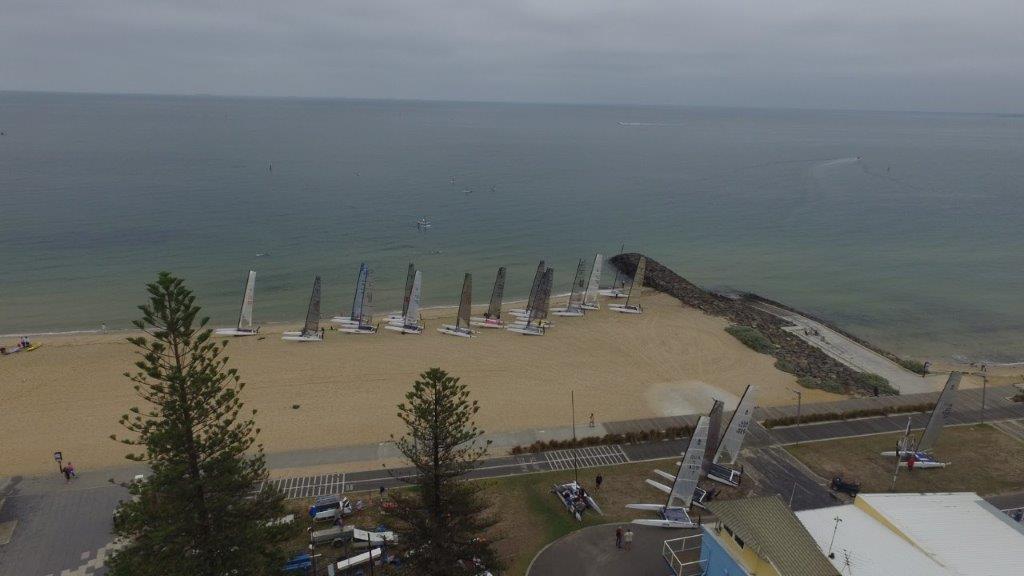 And thanks to Beau Outteridge for suppling the brilliant photo of his brother Nathan foiling his A which we used on the event advertising Board.

The Elwood “A” Team can take a bow for providing two well run regattas THANKS  to all involved. 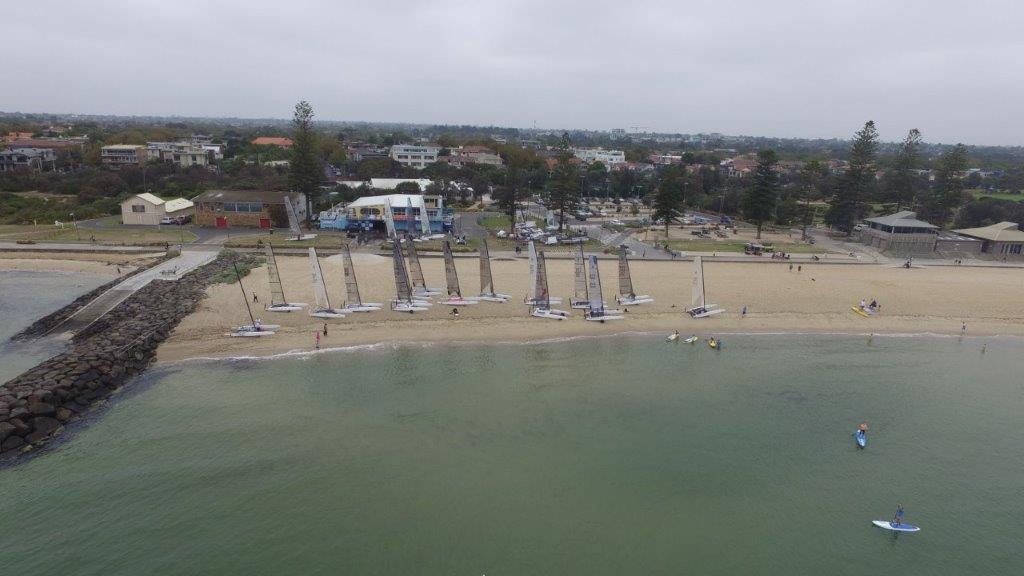